Exaggerating Insurance Claims is Not Worth It 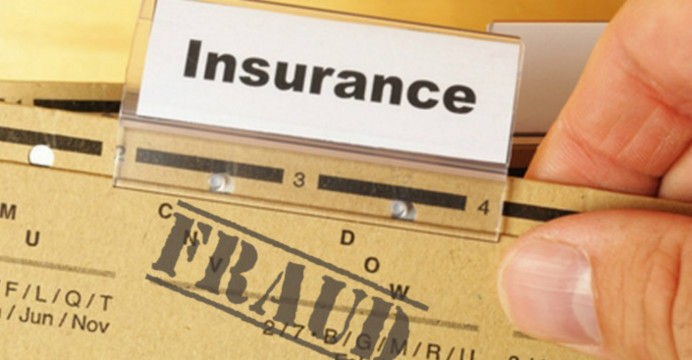 Most private investigators, at one time or another, have investigated fraudulent workers compensation claims and in fact, many train on that type of work, as these claims always seem to be in good supply. Much of my earlier experience involved insurance claims and my biggest client in my early days was a large insurance defense firm.

Many people, even the seemingly honest ones, will at least exaggerate a claim and the less than honest will fabricate one all together. I few weeks ago, I barely tapped a young Asian man as I was pulling out of my parking spot. There was not even a mark on the bumper much less any injury, but he still insisted on exchanging information. I tapped him so lightly, I’m surprised even the driver or passenger, his girlfriend, even got out of the vehicle.

Sure enough, within a matter of days, my carrier called me to inform me of the claim they made for back and neck injury, mental anguish, and loss of work. Even I was shocked to hear that the seemingly nice young couple would even try such a thing.  So I asked myself, “Why?”  I simply came to the conclusion “because they can” and perhaps we live in a society where it’s practically expected and encouraged.  These guys even hired a lawyer.  A personal injury lawyer, no less, which was where I drew the line. I drew it on absolutely not tolerating a stranger to make a completely false claim against my provider. In fact, I insisted they deny it and even consider bringing charges against the couple for filing.

In the meantime, here’s what I did. I called their lawyer and told him if he even thinks about going through with this for even one more second, my next call was to the bar association and whomever else I could get to listen. Their proposed action, in my opinion, is downright wrong and directly contributes to higher premiums for all of us, not only in paid claims but the millions just to finance the efforts to stop or limit the exposure.

The insurance people use a term called “soft tissue injury,” a classification where there are no broken bones or  other proof to substantiate one’s injury and its impact on the claimant. To deny compensation is very difficult so here’s where a private investigator comes in.  After having the accuser take a statement under oath as to the limitations and restrictions this alleged injury imposed on the injured, we then go out to observe if what they claimed was true and if the claimant is engaged in any physical activity inconsistent with the injury.

Guess what? We catch them almost every time and in some cases, in as little as a few hours.

There are those who did have a legitimate injury at first, perhaps on the job. The went home on compensation and recovered long before they said they did, but will push those stay-home checks far enough to buy them someone like me on their tail.

I’m not trying to judge here. We all exaggerate a little, to get a little more for ourselves but there should be a moral boundary line that would be considered stealing if we choose to cross it.  I guess everyone’s line is a little different, depending on what we can live with. This was what one man was willing to live with.

I was hired to investigate a man that was hit by a city bus and injured very badly – almost killed.  He claimed to be confined to a wheelchair for the rest of his days and was medically classified as a “quadriplegic, ”  meaning loss of use in both arms and legs. The insurance benefit was capped at $200,000 due to what’s called “sovereign immunity” to protect  a city or government from going broke in a law suit. The very morning I put this poor 43-year-old man under surveillance, I caught him watering his lawn using both hands and arms as he did it from the wheelchair. And then I followed him to the donut shop where he parked himself right in the front facing out the store window and proceed to shove his face with about six donuts. I got it all on videotape, of course.

This was a guy who under oath said he couldn’t even bring a fork to his mouth. He lost half that money doing what took me one hour to document. Moral of the story – insurance companies aren’t stupid!  As for the rest, you decide.

If you feel like you are a victim of insurance fraud, our insurance investigation services may be able to help save you from a financial loss. Contact us for a free consultation.