By Hook or by Crook, Investigators Bring Criminals to Justice 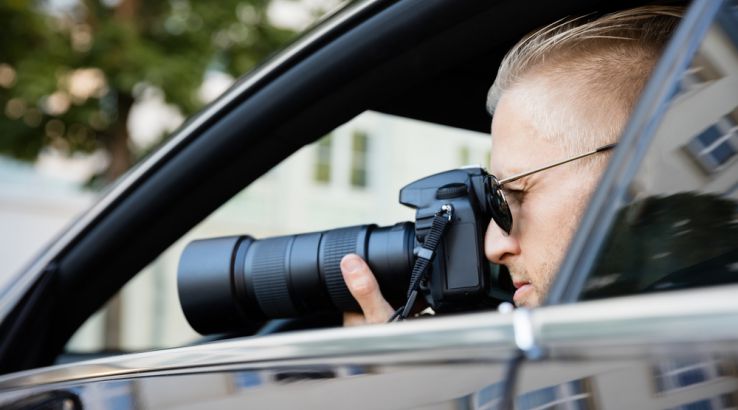 Working undercover investigations is my favorite part of the job; it can bear much fruit. When you need information about someone, there’s no better source than that person himself. The trick is to get that person to trust you enough to share the information that is vital to your case.

Having spent 10 years in the corporate arena, I am able to develop a cover for myself that I can play, with no practice. The subject, Bill, was an architect claiming he had little income therefore justifying a $90,000 arrearage in his child support and alimony. My client was the mother of three girls who could hardly afford to pay me. The assignment was to pose as a builder/developer who just purchased a 14-story office building on a very busy corner in the middle of town. Just so happened the building met the profile and there was no reason for the architect to verify it.

I telephoned him to ask if he wanted to bid on the new design that I was proposing which included a moving circular rooftop restaurant, valet parking, express elevators, etc. But before I could seriously consider his bid, I would need references. So Bill took me one-by-one to every job he had designed in the past 12 months! It could have not been any better. Not only was I able to establish his income, but I could submit my evidence in great detail — the client’s name, address, amount of job, the whole nine yards.

During his next hearing in court, he again testified he had no income and was unable to pay anything toward his child support, but now we knew better. I walked in the courtroom as a rebuttal witness and when Bill looked over at me, I thought he was going to faint. He turned white as a ghost. The judge ruled that he was in contempt and was ordered to pay $40,000, with 30 days to come up with the money or serve 90 days in jail.

Nancy, my client was thrilled, and so was I. There was only one problem. Thirty days came and went and so did Bill. He packed up his office and was nowhere to be found. For some reason, Bill was determined not to pay his child support and for every reason, I was determined to find him and turn him in. The judge signed a “no knock” order which meant that the sheriff may kick the door down if we found him and he refused to answer the door.

During the next six months, I did everything I could to find Bill. Nancy hadn’t paid me anything since the first $500 retainer, but I didn’t care. It became a personal challenge. I put Bill’s relatives under surveillance, his girlfriend, and anyone else that could lead me to him, but he was always one step ahead of me.

I decided to run another background check on him and learned that he had a brother living in the next county over although the court order to arrest was not in the system there. I drove over to the address, and sure enough, Bill’s car was outside, but my hands were tied and Nancy didn’t have an attorney. I took it upon myself to write a pro per motion (self representation) to extend the order over to the county where Bill was.

I took the motion over to the courthouse and walked into the judge’s chambers. I handed him the motion and he asked, “Who are you, young man?”

“I’m a P.I., your honor, and I have reason to believe the subject is residing at that address and I need your signature for his apprehension.” He read the order and looked up at me after signing it and said, “Scott, if you ever come in here again with such a motion, I’ll have you arrested for practicing law.”

“Yes, your Honor,” I replied as I dashed out to my car.

I took the order to the sheriff who supplied me with a dozen deputies, setting up a two-block-square perimeter around the brother’s house before we knocked on the door. The brother answered and claimed he did not know the whereabouts of Bill, so the deputies proceeded to search the house. Bill was nowhere to be found.

Like I said, he was determined not to pay and, despite everyone’s efforts, Nancy never saw one dime of his money, and eventually lost her home. It bothered me for a long time, even though I knew there was nothing more I could have done. Two years later, Bill was arrested on a traffic stop.

He chose to serve his 90 days instead of paying…